The Churches Trust for Cumbria (CTfC) exists to support church buildings across Cumbria. Find out more below 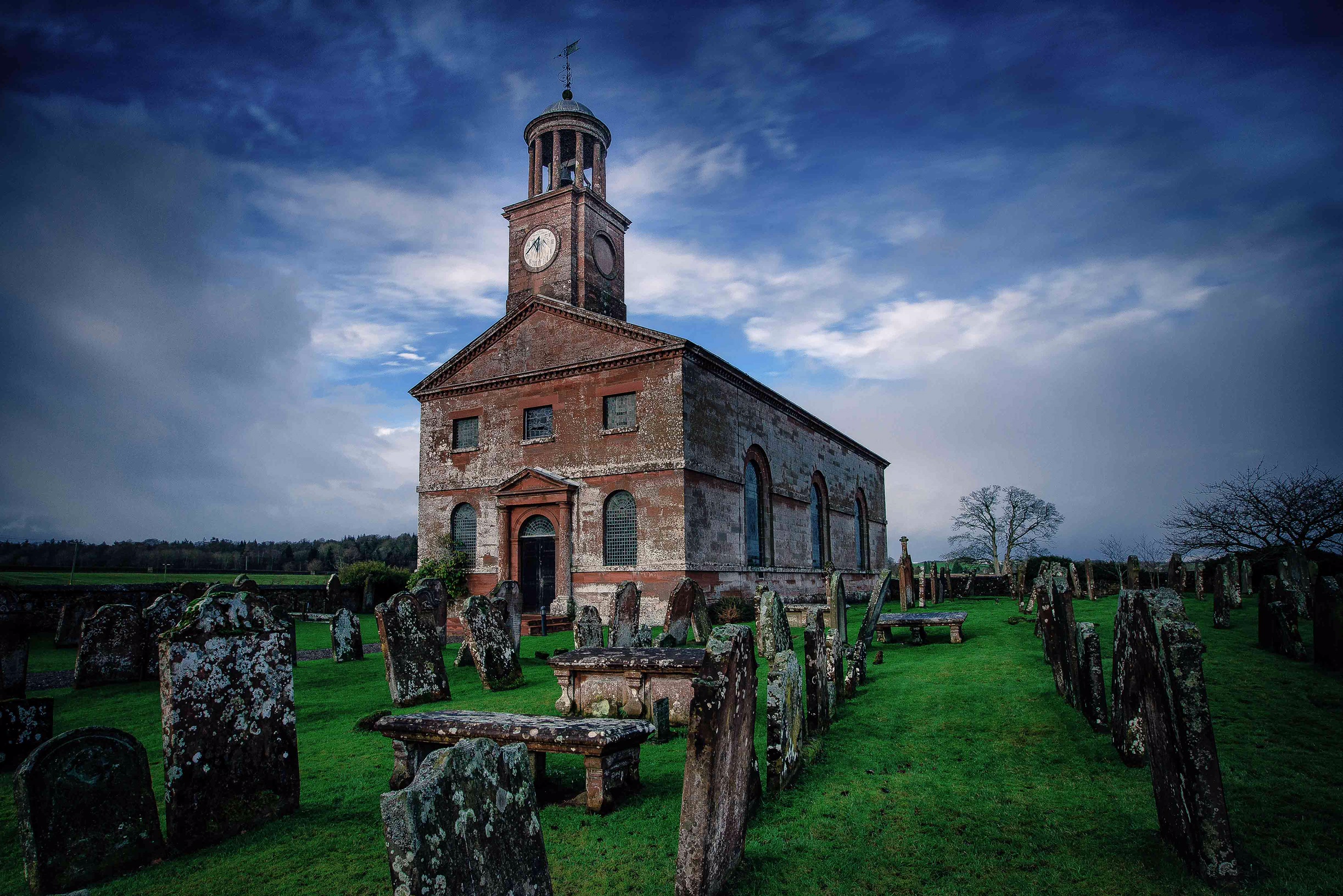 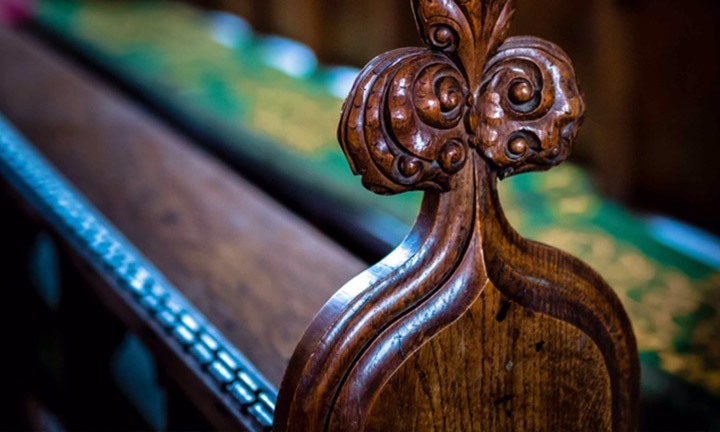 About Churches Trust for Cumbria

Church buildings have been a constant feature in our landscape and we recognise that they are valued for a variety of reasons, not only as places of worship but as buildings of architectural, cultural and historical significance. We aim to support churches and their communities to encourage the sustainable use of church buildings to help keep these  unique buildings alive.

Brief History
The Churches Trust for Cumbria (CTfC) was formed in 2008 as a charitable trust to help secure a sustainable future for Cumbria’s churches. In 2010 it became clear that many church communities were struggling to fund their ministry and their buildings. In order to assess Cumbria’s churches an ecumenical buildings survey was conducted over 2012 and 2013. Despite the trust going into a period of hibernation in 2013, the Churches Trust Buildings Survey Report was published in 2015. The survey revealed that a significant number of buildings are in need of help. In July 2016 the trust came out of hibernation to provide external support for the care, conservation and development of church buildings across Cumbria.

How we work
Website: we hope that the advice, resources and links on the website provide core information for those responsible for maintaining and improving church buildings

Consultancy: where feasible we will assist church communities in developing a long term vision for the use of their assets with the support of local people

Training and events: we organise and publicise our own and other agencies’ training for those caring for church buildings

Networking: we seek to develop partnerships and facilitate the sharing of information to encourage churches in positive economic, environmental and social change in Cumbria.

We are an independent organisation able to support all faith communities. We do, however, recognise that over 99% of places of worship in Cumbria are Christian.

Who we are
CTfC is governed by a board of Trustees. The organisation is managed on a day to day by a part-time Development Officer who works from home and is mobile across Cumbria.

Adam was born in South Cumbria in 1954. He received an M.A. and a Ph.D in history from Edinburgh University, where he also taught part-time. Since 1977 he has been the proprietor of ‘Bookfare’, a secondhand and antiquarian book business. Adam moved back to Cumbria in 1992 where he has continued to sell books and also to run the family’s agricultural estate on the west side of Windermere. He was Chairman of the Lakeland Arts Trust for fourteen years and developed ‘Blackwell the Arts & Crafts House’ as a tourist attraction. He served as High Sheriff of Cumbria 2005-6, and continues to pursue other voluntary roles locally and in the county.

Claire moved up to the South Lakes 30 years ago, after a short career in the City as an investment adviser. Besides family commitments, she has since been involved as a volunteer working with various organisations in health, higher education, a grant-giving Trust and a charity for disabled and disadvantaged young people. She is also currently Treasurer of her local Parochial Church Council, a Trustee of Carlisle Cathedral’s Development Trust and on the Financial Advisory Committee to the Cathedral Chapter.

Richard is the Archdeacon of West Cumberland, part of the Anglican Diocese of Carlisle. He is responsible to the Bishop for about 50 clergy and 100 parishes in the west of Cumbria; he holds responsibility for Social Responsibility, Industrial Chaplains and Hospital Chaplains and Building Strategy.  Richard is married to Diane (a primary school teacher) and they have three sons. Before ordination he was a mathematician and computer programmer/systems analyst.

Jim Irving is a retired Police Superintendent and Management Consultant and former District Property Secretary for the Cumbria Methodist District. He was the co-chair of a National Methodist Working Group dealing with the introduction of “Consent Giving”, a project designed to computerise the administration of Building Schemes in the Methodist Connexion. Formerly, the North West and North Wales Regional Secretary of the British Association of Public Safety Communications Officers, he is now a life member of BAPCO.

Reponsible for finance, strategic direction of CTfC, liaison with the churches in Cumbria of all denominations, facilitating strategic partnerships and volunteer recruitment.

Richard is well known from his former role as Cumbria’s first Police and Crime Commissioner.  He graduated with a BA from Durham University, completed a Dip Ed at Oxford, and began a teaching career during which he was a headmaster for 22 years.  Amongst his various other responsibilities, Richard served 33 years as a Magistrate, was Chair of the Cumbria Probation Trust and for 9 years was a church warden.  Born in Lancashire, Richard now lives in South Lakeland.  He is married with two adult daughters and 5 grandchildren, and in his spare time he enjoys photography, motoring, sport and gardening.

historian and acclaimed author of over twenty books, and for over 30 years an architectural writer for Country Life magazine.  John worked for the Greater London Council Historic Buildings Division from 1974 to 1986. He serves as Maltravers Herald Extraordinary, one of Her Majesty’s Officers of Arms, and is Librarian to the Duke of Norfolk.  He is an active member of the Georgian Group, and a partner in Historic Buildings Consultants, founded to assist private property owners and developers get the most out of their architectural heritage and involved in a wide range of prestigious restoration projects.

Tiffany began her professional working life as a museum curator in Salisbury before joining the National Trust’s staff in Yorkshire.  Over a 28-year period she held a variety of roles working in the UK and overseas becoming successively Director of the Northumbria, Yorkshire and the North West regions.  Since retiring from the National Trust, she has undertaken various non- executive and voluntary roles. These currently include being a member of the Lake District National Park Authority, York Minster’s and Cartmel Priory’s Fabric Advisory Committees, a Trustee of the Friends of the Lake District and member of Carlisle DAC.   Tiffany now lives in Cartmel, Cumbria in a cottage that looks out onto the magnificent East window of Cartmel Priory.

Responsible for providing support to churches and their communities to encourage the sustainable use of church buildings across the county. If you need advice in the care, conservation or development of a church project contact jayne@ctfc.org.uk

Come and listen to our #churchconservation and #historicbulidings experts talk about the importance of caring for… https://t.co/fsZVCssrJO
(about 6 hours ago)
Now that Spring is upon us there’s plenty of #maintenance jobs to do! - check roofs for damage - inspect lead flas… https://t.co/ZmIguLvT6s
(about 5 days ago)
Do you care about the future of #cumbria #churches, their role as places of worship, hubs of the community and as… https://t.co/SVyy6nUprS
(about 7 days ago)
Follow @cumbriachurches